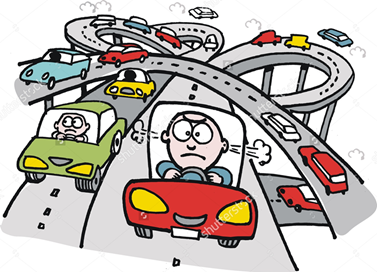 Tomorrow, Dec. 3rd, the Regional Transportation Commission will have a very important meeting in which they will discuss both the initial planning documents for a rail system and the potential sales tax measure that I wrote about a few weeks ago.  The meeting will be held at 9AM at the Board of Supervisors Chambers on the fifth floor of the County Building. You can also communicate to the Commission via email at info@sccrtc.org. Emails received after today will still mostly be relevant as the issues being discussed are unlikely to be completely decided.

If you haven't yet read the rail planning document created by the SCCTC, I heartily recommend it. It surveys a variety of rail options, creates conservative ridership estimates for each and then begins to prioritize which options to look into further. It does not study modern electrical train systems but there is plenty of time to do that and the technology is changing rapidly. To read the report go to SCCRTC.org. If you want the SCCRTC to continue planning for a train, this would be a good time to tell them that via info@sccrtc.org. I am proud to say that the City Council passed a resolution in favor of the continuation of planning for rail just a few weeks ago.

With regard to the proposed sales tax measure, I have definitely lost some sleep thinking about it and my stance on it has been affected due to the recent release of the draft Environmental Impact Report on Highway One widening. I will not be supporting this draft of the sales tax measure. One weakness of the proposal is that it includes a clear commitment and complete funding for widening One with auxiliary lanes from Soquel to State Park, but does not include enough money to build the entire rail trail and does not include a clear commitment to a rail system. While significant money would be spent on the train and trail and a good portion of the trail would be built, the vague commitments to the train make it hard to figure out exactly what the effect of the measure would be on regional mobility. Many people who I respect will argue that the proposed sales tax measure would have a net positive effect on alternative transportation and greenhouse gasses. I certainly think that is possible. But even if I presume that to be the case, a different problem with supporting the sales tax measure has risen to the forefront with the timely release of the Environment Impact Report.

The Environmental Impact Report created by the agencies to supervise the project (Caltrans and the SCCRTC)  states  that the project will only marginally reduce congestion as compared to doing nothing. And congestion will be greatly aggravated during the multi-year construction of the project.  But the campaign to pass the proposed sales tax measure will feed into a widespread misperception that the auxiliary lane project will decrease congestion; that it will ?help fix' the Highway. Thus, it will be based partly on a known false pretense.  I am not willing to be part of that.

Part of my personal difficulty with this decision is that I know that politicians, especially at higher levels of government, do at times support deals based partly on false pretenses so as to achieve results. As I consider running next year for City Council, I wonder if I really have a strong enough stomach to be a successful politician. Feel free to give me your advice.

To study the sales tax measure and/or read the Environmental Impact Report go to sccrtc.org (it's really a great website).  To weigh in on either the sales tax measure or the EIR on Highway Widening contact info@sccrtc.org. An Open House on the EIR will be held tomorrow night, Dec. 3rd from 6:00 to 8:00PM at the multi-purpose room of the Live Oak Elementary School, 1916 Capitola Road.

Chewing on the tough issues with all of you,