with no dark money and faced by corporate lobbies, the California Disclose Act is finally a reality.

"No more fine print," said the bill's author, Speaker pro Tem Kevin Mullin. "California voters will now be able to make informed decisions, based on honest information about who the true funders are of campaign ads. This transparency is critical to our democracy and I am proud that California has taken this historic first step to shine the light on 'dark money'. Hopefully this will encourage others to follow suit."

A California bill that would require more disclosure about donors in campaign ads is nearing passage, after seven years of attempts by proponents.

The "California Disclose Act" requires most campaign ads to display their top three funders, even if those contributions were funneled through other generically-named committees.

The author of this year's bill's, Democratic Assemblyman Kevin Mullin, said at a rally that the measure has the votes to pass.

"For the first time it appears we have a deal within the Legislature to move a real reform bill to the governor," Mullin said. "Let me tell you that the moment is indeed at hand."

An amendment inserted Wednesday could allow certain contributors, including labor unions and business groups, to avoid revealing their top fund… 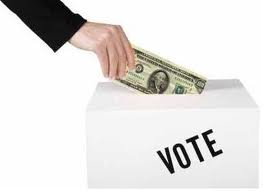 Hosted by the People's Democratic Club

AB 700 (Gomez, Levine), the California DISCLOSE Act, will dramatically improve disclosure on ballot measure ads and ads about candidates about who has paid for the ad. Knowing who the true source of funds for ads will prevent voters from being deceived about who is truly paying for it, help voters better evaluate the credibility and content of ads, and promote greater confidence in the electoral process.

Ads paid for by candidate committees and political parties do not have to comply with the new rules.

AB 700 requires that state and local ballot measure ads and independent expenditure ads about candidates to clearly and prominently list their top three true contributors of $50,000 or more (on…

Developed by League of Women Voters:  Money in Politics
For more information about money in politics go to https://lwvc.org/issues/money-and-politics

For convenience, unofficial definitions of some of these terms and others follow, but it is important to know that for legal purposes many of these have detailed and well-established meanings in law  that are only approximated here.

Coordination. An expenditure for express advocacy made in "cooperation, consultation or concert" with or at the request of a candidate, or an agent of the candidate's committee or of a political party committee. However, the FEC's interpretations exclude many common-sense examples of cooperation.

Corruption. In Buckley v. Valeo (1976), the Supreme Court ruled that corruption or…

A disputed advisory measure on the merits of unlimited independent campaign spending may proceed to the ballot after all.

The California Supreme Court ruled 6-1 on Monday that Proposition 49, a nonbinding query to voters on whether Congress should overturn the U.S. Supreme Court's controversial Citizens United decision, is constitutional.

The measure, which was intended for the November 2014 ballot, is no longer eligible for consideration. But lawmakers are now free to pursue an identical inquiry in 2016 - as well as other advisory questions that could similarly inform the the pursuit of a federal constitutional amendment.

"As a matter of state law, the Legislature has authority to conduct investigations by reasonable means to info…

What is the Voters' Right to Know Act?

A Statewide Ballot measure for the November 2016 ballot, the Voters' Right to Know Act, will give Californians the state constitutional right to know the true sources of political spending and establish California as the national model for campaign finance disclosure.

Why is it necessary?

Citizens United opened the floodgates of "dark money" in state and national politics. Hundreds of millions are spent annually in California lobbying and elections -- much of it untraceable to the true source. Many millions more are unknown due to uneven reporting and outmoded systems. Together, these forces are an assault on democracy.

What is "Dark Money" and is it Really a Problem?

"Dark money" is a term for funds given to nonprofit organizat…

The California DISCLOSE Act, SB52, has passed the full Senate in an overwhelming vote for increased disclosure in political ads as 27 Democrats, led by authors Senator Mark Leno (D-San Francisco) and Jerry Hill (D-San Mateo), were joined by Republican Senator Anthony Cannella (R-Merced) in voting Yes. (note from Nancy A: a 2/3 vote - or 27 yeas - were needed since this will rescind a state initiative previously passed by voters.)

The California Disclose Act, sponsored by the California Clean Money Campaign, requires state and local political ads in California to clearly and prominently list their top three funders. Committees would be required to maintain a website voters can easily access that lists the largest funders.

SB 52 applies to ballot measure ads and ads by outs…

Goal: To allow the city to better serve its primary purpose as a democratic, public institution by:

·         Insuring that the pool of City Council Candidates is not limited to those with fund raising experience and/or access to money.

·         Significantly increasing the quality of the debate during elections by allowing candidates to focus more on issues and conversations with constituents and less on fundraising.

With AB700, groups funding political ads for ballot measures could no longer hide behind committee names like "Committee for Greater Democracy".  Billionaires like Charlie Mundger couldn't hide behind "The Small Business Action Committee" as he did in the 2012 elections.

- Let voters know who really pays for political ads on the ads themselves.

- Use "follow-the-money" disclosure to stop deceiving voters about who pays.

We have disappointing news, though with an encouraging development for the future.

Senators Leno and Hill and the California Clean Money Campaign will not be pursuing an Assembly floor vote this year on SB 52, the California DISCLOSE Act (Leno-Hill).  Opposition from California organized labor leaders made passage of the DISCLOSE Act this session with a 2/3 vote extremely unlikely and even called into question its ability to get a vote at all.

While we worked ambitiously and diligently with organized labor for over a year to address their concerns, those efforts were not successful in persuading them.  You can see our response to the labor opposition here, and an article about th… 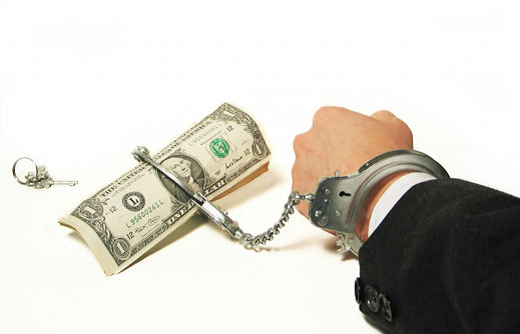 Goal: To allow the city to better serve its primary purpose as a democratic, public institution by:

SB 27, authored by Senator Lou Correa (D-Santa Ana) and sponsored by the Fair Political Practices Commission, addresses the problem by requiring any non-profit that spends $50,000 or more in California races to become a formal campaign committee, and report the contributors that fund their campaign expenditures. Those contributions then would be available for the public to see on the Secretary of State website.

July - Call for a Constitutional Convention passed the Assembly.
AJR 1 (Gatto) would make California the second state to officially call for a constitutional convention under Article V of the constitution "for the sole purpose of proposing an amendment to the United States Constitution that would …

Leave a comment
Continue reading
Forum: Democracy for the Rest of Us
THE PEOPLE'S DEMOCRATIC CLUB PRESENTS
Keynote Speaker:  Derek Cressman of Common Cause - Across the U.S.: getting money out of politics