Washington, DC - Some 15 years after the Environmental Protection Agency (EPA) banned chlorpyrifos from residential use, the agency proposed today to ban the neurotoxic pesticide from use in agricultural fields as well.  The announcement came after recent court of appeals decisions gave EPA a deadline to take meaningful action on a 2007 legal petition to ban the chemical.

"This is what we have been seeking for years. EPA's own findings show that chlorpyrifos causes brain damage to children and poisons workers and bystanders," said Patti Goldman, the Earthjustice attorney handling the case.  "At long last, the agency is …

As a member of the Economic Justice Alliance, PDC urges our members to attend in lieu of a November general membership meeting. 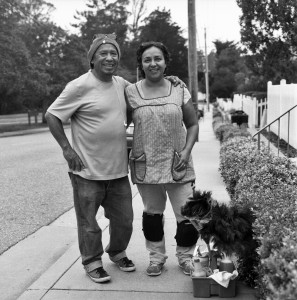 This event launches the final report from the Working for Dignity: Low-Wage Worker Study of Santa Cruz County, produced by UCSC Center for Labor Studies (http://workingfordignity.ucsc.edu/), and a community conversation on economic justice. The event will include a panel discussion on the state-wide campaign to raise the minimum wage to $15 an hour, featuring local workers and small business owners, community organizations, and experts on the minimum wage.

A wide range of community groups working on issues such as affordable housing, wage theft & legal services, paid family a… 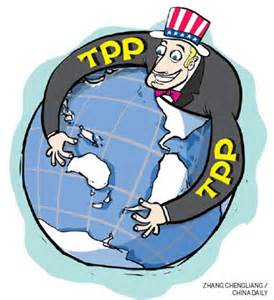 One, in the area of access to affordable medicines, the TPP's rules on patents, actually both for developing countries but also for us, would roll back that initial reform and make medicine more expensive in pretty dramatic ways.

Number two, the investor-state dispute resolution system is actually expanded out, in ways we should discuss, so that more kinds of laws can be attacked, and many more companies will be able to attack US laws.

And then the third thing that was kind of a shocker is there is an expansion of the kind of attacks you can have on food safety, on imported food safety, which is really serious, because Malaysia …

Get involved in the Santa Cruz work against solitary confinement.

Dolores is on the Mediation Team with CA Department of Corrections, Advisory Board of Californians United for a Responsible Budget, and a Soros Fellow to expand the involvement of incarcerated peoples' families in an effort to decrease mass incarc…

In 1988, when Bernie Sanders was first running for the U.S. House, he made a cassette recording. One side was a revealing explanation of what socialism means to him.

"It starts with a vision for a much better world?

You really can almost take it seriously that you live in a world where it is considered normal that people go around killing each other. You turn on the television, there they are shooting each other. . .  you have people who are living out on the streets or in some places on this planet starving to death, while at the same time you have other people who have billions and billions of dollars. More wealth than they're going to be able to use in a million lifetimes."

The basic insanity of that, the immorality of that to me, is …

FROM:       The Campaign for Sensible Transportation

In 2004, we led the County-wide opposition that decisively defeated a sales tax increase to widen Highway One. Since then we have actively supported numerous transportation improvements around the County,  including the long push to get local public ownership of the 32-mile rail corridor stretching across the County. And we have continued to resist wasteful investment in the outdated thinking behind widening highways.

Now it's back. A new 30 year transportation sales tax measure proposed for 2016 could fund useful and environmentally sound improvements. Unfortunately, the current proposal would waste more than $100 million dollars on widening Highway One.

But widening Highway One STILL …

How will people get around Santa Cruz County in the year 2046?  Cars? Bikes? Trains? Walking?

This Thursday, Nov. 19th, at 9AM, at the Vet's Hall in downtown Santa Cruz there will be an important meeting around the future of our transportation system here in Santa Cruz County as the Regional Transportation system considers putting a sales tax measure on the ballot for 2016, to raise raising $450 million for transportation over the next 30 years. To read more about the proposal got to www.sccrtc.org. To weigh in, go to info@sccrtc.org and/or come to the meeting.

Many of you know that I was an organizer with the Campaign for Sensible Transportation that defeated a sales tax measure to widen Highway One in 2008 by a wide margin.  We worked…

most vulnerable residents as winter approaches.

There are three items on our city council agenda to address various aspects of the critical need for shelter for people living on the streets of Santa Cruz. One item is about the possible City partnership role in creating a program for individuals living in vehicles to have a legal place to park at night and sleep. The second item is a request from the Commission for the Prevention of Violence Against Women that the City play a role in ensuring a safe place to sleep for women without shelter. The third item is a proposal to allocate some time in city facilities to accommodate the Warm…