In a political world where each party harps on the pet issues near and dear to their platform, topics like election reform remain relatively neutral ground. Perhaps that's because, as Santa Cruz's Manu Koenig suggests, both sides have a vested interest in the status quo.

That's why Koenig and Faisal Fazilat, the locals behind an effort to create "ranked choice voting," think of reform as a bipartisan issue.

We all know that Santa Cruz is in the midst of an extreme housing crisis,  currently:

Leave a comment
Continue reading
Should PDC contribute to campaign for rent stabilization in the City of Santa Cruz?

PDC members will be voting at their October meeting whether to endorse the local campaign for a ballot initiative to create a Santa Cruz City elected rent control board, a just-cause eviction ordinance, and a rent stabilization ordinance.
Meanwhile, a bill to repeal the Costa-Hawkins Act has been pushed off in the California Legislature until the 2018 session.  Costa-Hawkins is the state law which prohibits cities and counties from adopting strict rent controls that completely regulate the price landlords can charge, exempts housing built after 1995 from any rent controls, and exempts single-family dwellings.  Under the current constraints of Costa-Hawkings, the rent stabilization ordinance for the City of Santa Cruz could regulate the rent i…
Leave a comment
Continue reading
Notes from September General Meeting

At a recent forum at Oakland City Hall, experts from the public banking and community

energy sectors explored how the creation of a public bank could help communities transition to clean energy while creating economic opportunities.

"We need to build a more sustainable world, we need to be using energy that is positive for the environment and community, and we need to do it a way that support local jobs," said Rebecca Kaplan, Oakland City Councilmember Rebecca Kaplan who is leading the public bank creation efforts.

The forum took place in Oakland, California, just days after the approval of a resolution to fund a feasibility study by the City Council, with suppor…

Leave a comment
Continue reading
Should PDC endorse an Ordinance for Rent Stabilization?

We all know that Santa Cruz is in the midst of an extreme housing crisis,  currently:

1. Require new development to supply all tenants with bus passes. This may be funded in lieu of building parking spaces. The City may also require other measures to incentivize alternatives to vehicle trips, such as discount carpool parking; credit at bike stores; taxi vouchers and/or credit for Zipcar, Uber; Lyft;

2. Reduce parking minimums for new development in commercial zones and replace with the requirements that new development: A) charge for parking that is the real cost of providing the parking and B) require un-bundling of parking costs from cost to rent or purchase an apartment, allowing the tenant to opt out of paying for parking.

Bernie Sanders: The Democratic Party Is in Trouble'

Listen to the interview.  Interview of Bernie Sanders by actor Alec Baldwin on WNYC.

Leave a comment
Lessons from Round One of Costa Hawkins Repeal 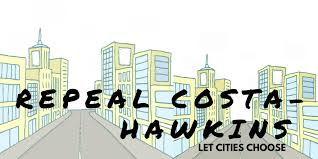 Earlier this year, three California Assemblymembers-Richard Bloom, David Chiu & Rob Bonta-took Sacramento by surprise, introducing AB 1506 to repeal the Costa Hawkins Rental Housing Act. Recent grassroots organizing by tenant groups laid the groundwork for this important legislation. Since 2015, numerous cities have been organizing for rent control, and in that time tenants in Richmond, San Jose, Union City, and Mountain View have already won new protections. There is a tenant movement gaining strength, and we have our eye on rolling back state restrictions that stand in the way of strong local rent control.

Costa Hawkins is the gift that keeps on giving for landlords and real estate speculators. It is probably the single biggest reason we face runaway ren…

Leave a comment
Continue reading
With Costa-Hawkins repeal shelved, let's find other ways to lower housing costs
Accruing revenue for Berkeley's Housing Trust Fund and working with nonprofit developers to build below market-rate units is one of the best ways to support low-income residents. 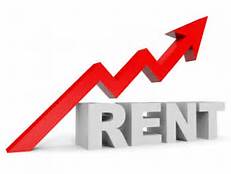 Last week, legislation to repeal the Costa-Hawkins Rental Housing Act was delayed due to mounting concerns about how vacancy control would deter new housing construction in the state of California. Withdrawing the bill was the right outcome for Berkeley because repeal risks returning us to a time when overly restrictive rent control reduced the city's housing stock and population, with a select few left to benefit from below market-rate units. With hope, the authors of AB 1506 will come back with a more tailored solution that encourages new housing while helpin…

Anticipating this bill, the California Apartment Association already has begun efforts to defeat it.

Assembly Bill 1506 is expected to be heard in the Assembly Judiciary or Housing Committee in late March. CAA will update this website as more details become available.

Should AB 1506 succeed and Costa-Haw…

7:50  Announcements from the membership
&nbs…

Leave a comment
Continue reading
The Weekly Democratic Address: Republican Budget
Leave a comment
Costa Rica shows that pursuit of ever-growing GDP is the wrong direction.
Costa Rica is a thorn in the side of orthodox economics, says anthropoligist Jason Hickel at the London School of Economics in The Guardian. The conventional wisdom holds that high GDP is essential for longevity: "wealthier is healthier", as former World Bank chief economist Larry Summers put it in a famous paper. But Costa Rica shows that we can achieve human progress without much GDP at all, and therefore without triggering ecological collapse. In fact, the part of Costa Rica where people live the longest, happiest lives - the Nicoya Peninsula - is also the poorest, in terms of GDP per capita. 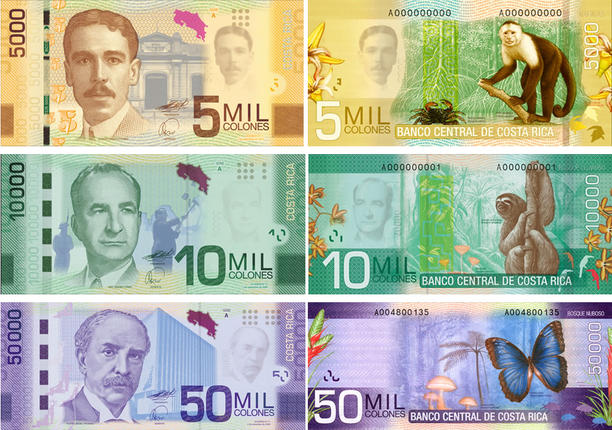 Costa Rica proves that rich countries could theoretically ease their consumption by half or more while maintaining or even increasing their human development indicators. …
Leave a comment
Continue reading
Breaking the Binary
Transgender and Gender Non Binary Inclusivity. 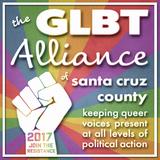 We'll hear people's stories, their challenges and ways to be better allies.  Understand the changing terminology in the LGBTQ community. Let's discuss how to use gender-neutral language and terms that are inclusive rather than exclusive of persons who are transgender, bi-sexual, or transitioning.

The Costa-Hawkins Rental Housing Act has been a disaster for California renters. A special-interest law backed by the real estate industry and passed statewide in 1995, Costa-Hawkins ties the hands of cities when it comes to protecting tenants from landlords who charge runaway rents. It's time for the state to stop dictating which properties are exempt from rent control, allow cities to choose vacancy control, and allow existing rent ordinances to be updated.    For full article google:  Lessons from Round One of Costa Hawkins Repeal

What: The State Assembly Housing and Community Development Committee will hold an informational hearing October 24 on "The Housing Affordability Crisis: Exploring the Effects of Renter Displacement."

The chair of the …